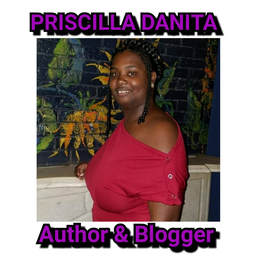 Priscilla Danita has been visiting worlds inside her head for as long as she could remember. In 2012, she began the task of writing down what her mind showed her and thus began her writing career. Her first book, Love's Moodswings: The Discovery, The Choice and The Surrender to Love was published in 2012 through Author House. Writing has become a very important part of Priscilla's life however it has not replaced her love for reading. Her second book His Fated Mate is the first book in a new paranormal romance series. His Fated Mate was released July 13th, 2018 on Amazon.
​
Priscilla Danita received her bachelor's degree in Human Services from the University of Bridgeport in 2015. Currently, she is back at the University of Bridgeport working towards her master's degree. When her head and focus are not on books Priscilla Danita spends her time with her daughter. She credits her daughter as her motivation to reach for her dreams and press on.

Priscilla Danita's favorite saying is "the sky is always purple somewhere" which means that anything is possible if you know where to look.